The follow-up to their 2021-22 album, Even If It Takes A Lifetime, was recorded with Sanford Parker, who has been working with the band in the studio for over a decade, including on their 2014 Relapse Records-issued Ciphers + Axioms. Parker also handled mixing duties while Collin Jordan (Boiler Room Mastering) took care of mastering.

The three-song offering opens with the title track, which will align with what fans envision when referring to an archetypal side-long ANATOMY OF HABIT song. It’s built from three distinct movements that range from a calmer opening section, to an extended atmospheric instrumental passage, to an escalating mass of pure heaviness. “Formal Consequences” starts off the B-Side and it introduces greater shimmer to the band’s sound, with vocalist Mark Solotroff’s voice submerged in a vast swirl of guitar atmosphere. Album closer, “Breathing Through Bones,” is a mournful ode that links back to earlier ANATOMY OF HABIT compositions like “After The Water” and “The Decade Plan,” but here, the group ups-the-ante with a vein of taught, slow burning tension. Along with the band’s core instrumentation, listeners will recognize piano, organ, analog synth, and vibraphone, similar to the array of sounds on Even If It Takes A Lifetime.

Thematically, the album continues to elaborate on Solotroff’s expressions of love and loss, the abstracted and vanishing self, and complexities within the creative process. It further explores the concept of obliteration, and it propels the idea to a dreadful new terminus point. The concept of the inner drive that keeps pushing a person forward, which Solotroff explored on Even If It Takes A Lifetime takes on a new meaning here, when the harrowing black hole of the title track opens up and swallows you.

In advance of the record’s release, today the band unveils “Breathing Through Bones.” Notes Solotroff of the track, “I believe that we all enjoy playing ‘Breathing Through Bones’ live. I certainly love singing it, and each time we play it, I feel like I’ve found my ideal place in music. When Sam [Wagster]’s bass begins to chime, it should be clear that this is an unparalleled ANATOMY OF HABIT song. The pace is slow and somber and there’s a great deal of space left open in the composition. We hear traces of Alex [Latus]’s guitar in the opening panorama, while Skyler [Rowe]’s drums start up with a minimal, deliberate beat. Isidro’s scraping metal enters, sounding like something from a subterranean hell-scape. Then my first reverberating vocal begins, two-minutes in, and then the five of us are completely locked-in together.

“Across three verses and three choruses, the song continues to increase in strength, volume, depth, and density, and it builds towards a climax that takes nearly ten-minutes to arrive at. If I had to explain the song to someone, I might use words like ‘resolve,’ ‘tranquility,’ ‘pulsation,’ ‘structure,’ ‘stillness,’ ‘doggedness,’ ‘entanglement,’ and ‘patience.’ That might get you somewhere, but I never like to give it all away. While I’d be tempted to write a dozen more songs like this, we’ve already succeeded in going in several new directions as we continue to write, but I know that this one will always burn bright for me.”

Stream ANATOMY OF HABIT’s “Breathing Through Bones” at THIS LOCATION.

Black Openings, which comes adorned in the artwork of Solotroff, will be released on CD, LP, cassette, and digitally. Find preorders at THIS LOCATION.

ANATOMY OF HABIT will celebrate the release of Black Openings with a record release show February 11th at Cobra Lounge in Chicago with additional performances to be announced in the weeks to come. 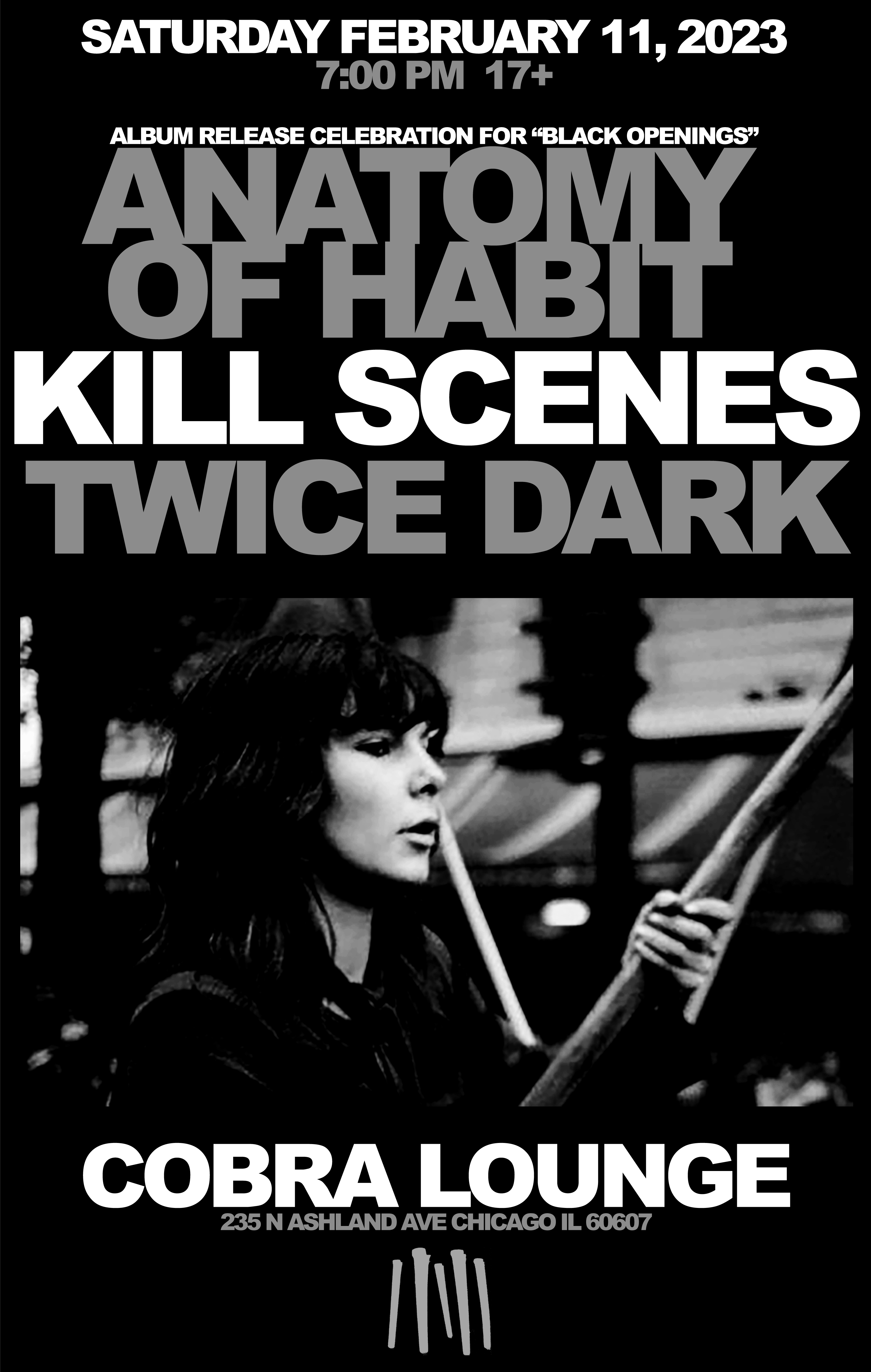 Formed in Chicago in 2008, ANATOMY OF HABIT has been described as a hybrid of doom metal, post-punk, death-rock, early-industrial, psychedelic, and shoegaze. Although they’ve experienced significant membership changes since forming, today’s band, which includes Alex Latus (guitar), Isidro Reyes (metal percussion), Skyler Rowe (drums), Mark Solotroff (vocals), and Sam Wagster (bass + lap steel), represents their longest-standing and most prolific lineup. The band credits their treasured chemistry to their intertwining histories as friends and collaborators. Rowe and Latus have made music together since they were teenagers, growing up in Indianapolis’ heavy music scene, while playing in the band Still. Rowe and Wagster create sweeping, pastoral instrumental music together in Mute Duo. Reyes and Solotroff are old friends who’ve played together for many years and they continue to record and perform in both BLOODYMINDED and The Fortieth Day. This deep connective tissue contributes to what the band describes as consistently effortless writing sessions and innately unified live performances.

Out Now: Mark Solotroff "Return To Oneself" 2CD 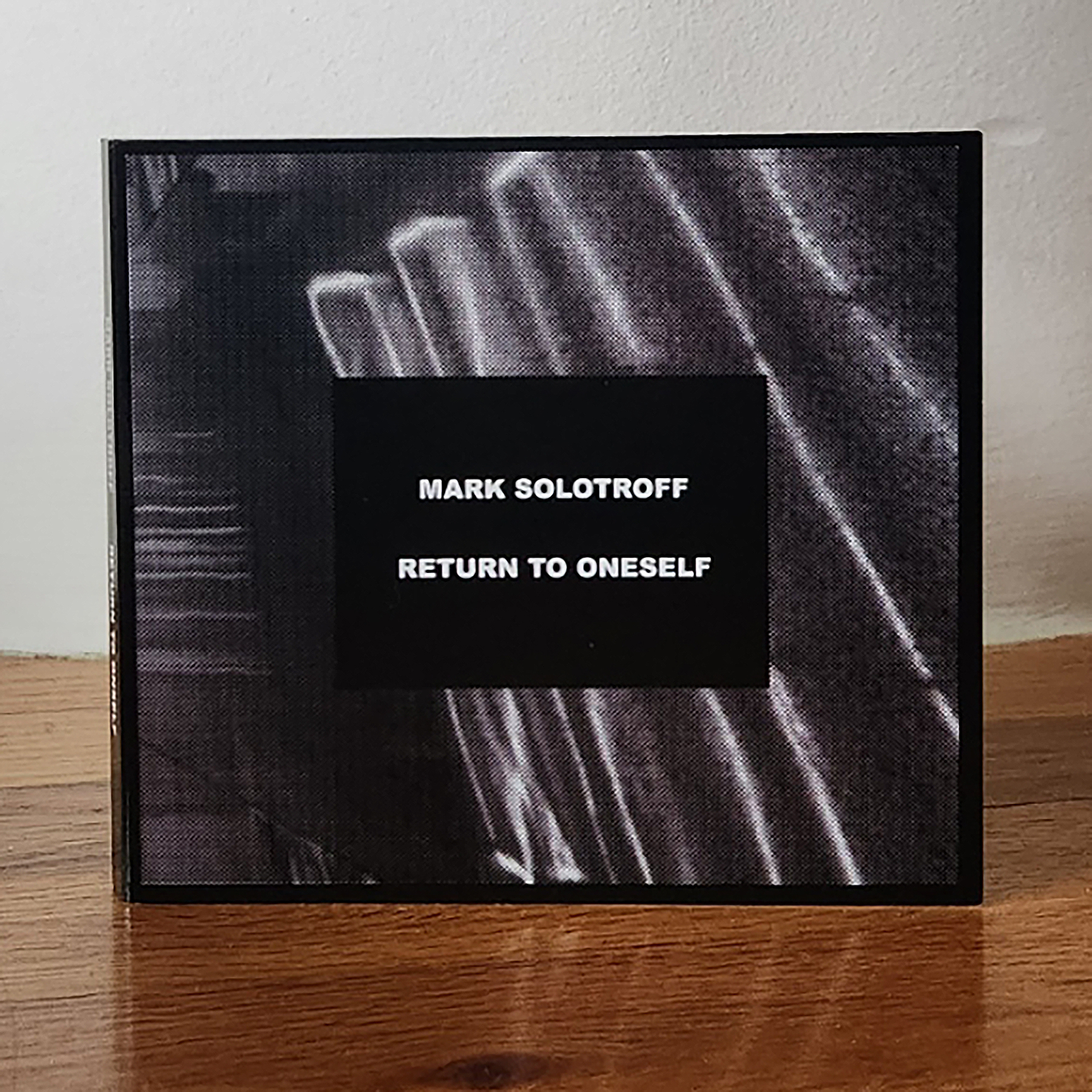 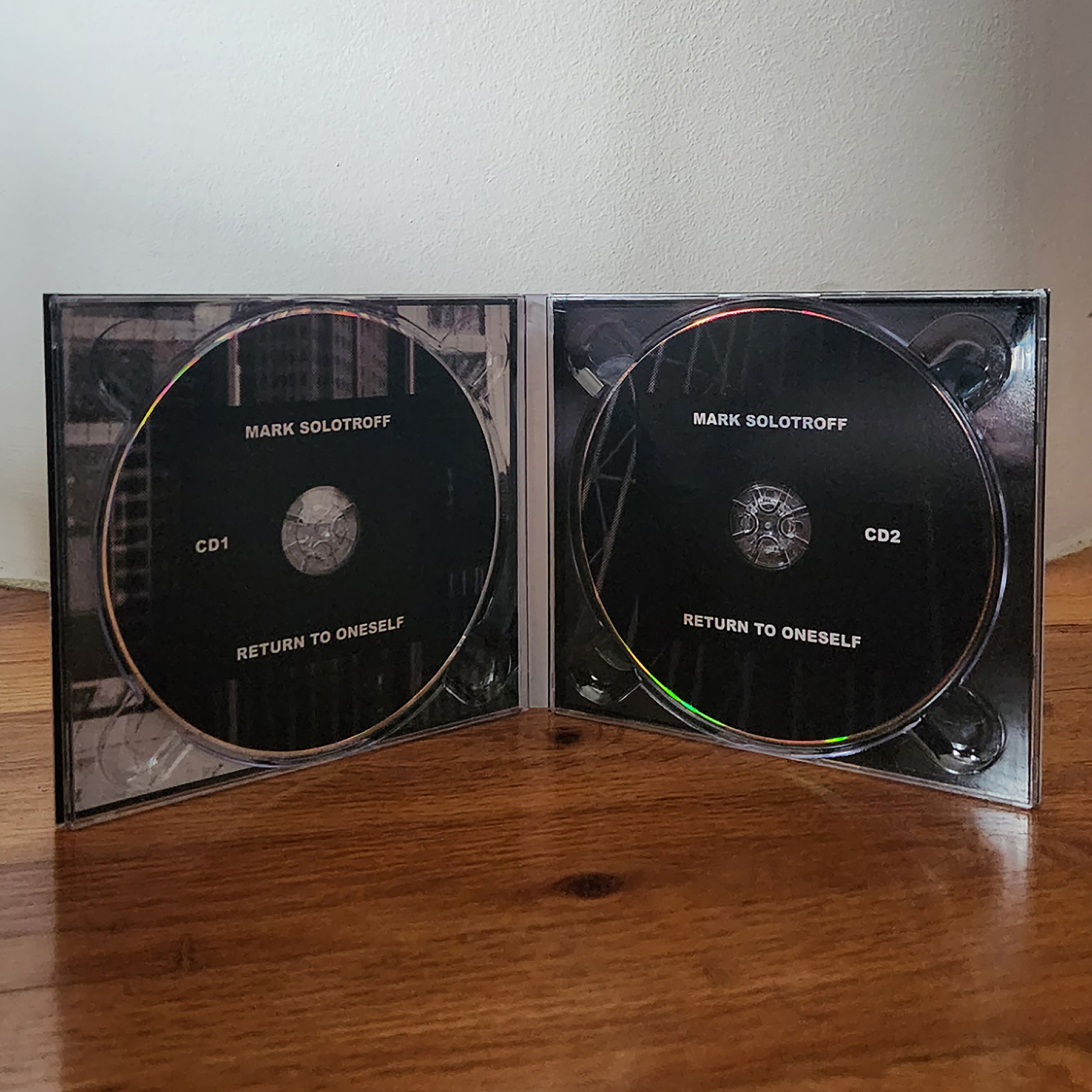 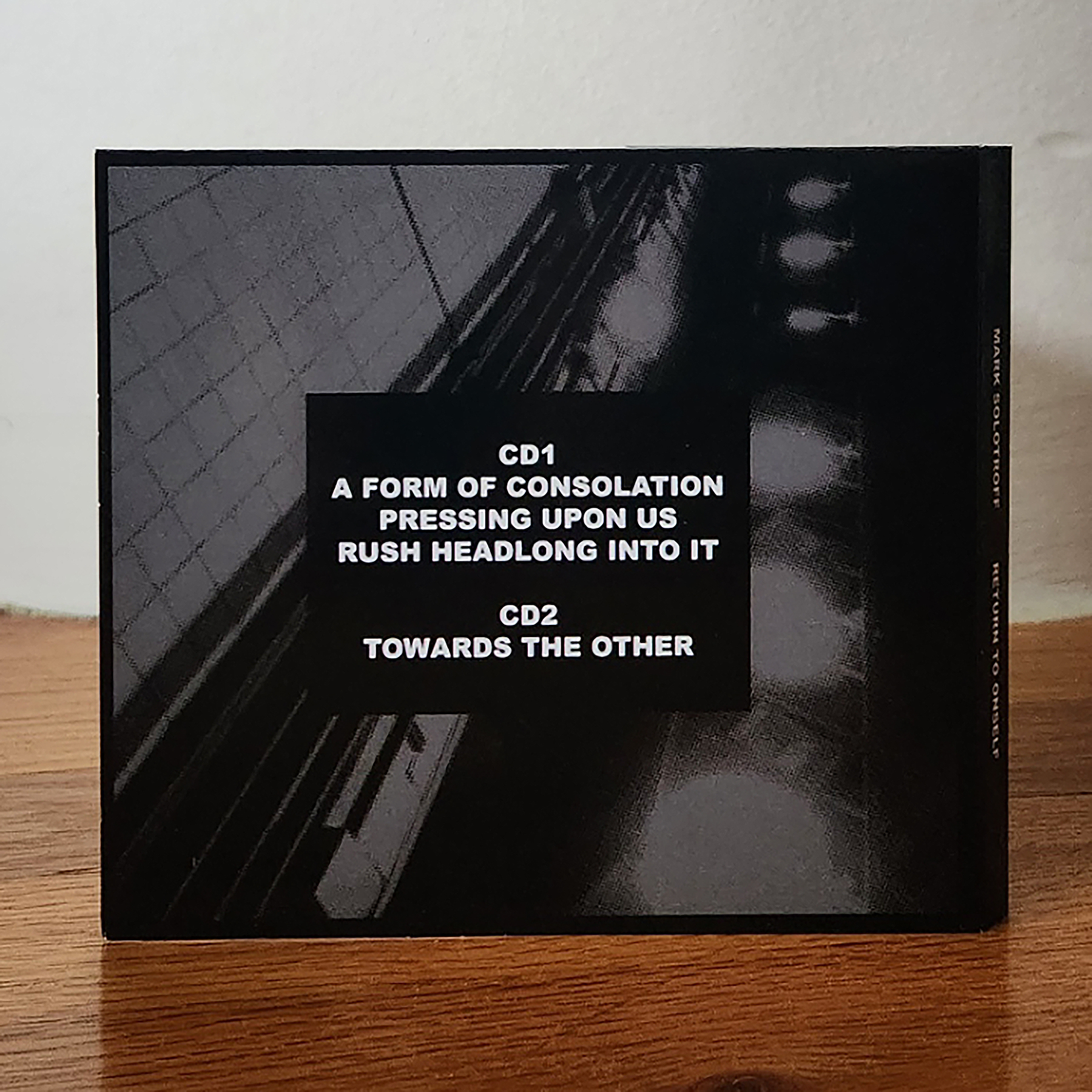 Happy New Year! This isn't my new album. As I'm still working (slowly) on that, I decided to put together a 2CD set that compiles my three digital-only singles from last winter, along with a previously unreleased 47+ minute song that I built from recordings from the same sessions as those singles and my last album. I would characterize this music as continuing and evolving the type of rough-edged minimalist drone that I composed for my two prior albums: "You May Be Holding Back" (2020) and "Not Everybody Makes It" (2021). The core components of these songs include analog synth (recorded to four-track cassette), magnetic tape sound, controlled feedback, and the occasional long distance, phantom melody. I think this music works well for attentive, close listening (over speakers or with headphones), to focus on different characteristics in the sound -- and also when it's more in the background, for activities like reading, writing, drawing, or even going to sleep. I've listened to this music quite a bit, under these different circumstances, and I really enjoy how it performs, so I hope you will too. The CDs are housed in a digipak that features black and white architectural photographs that I shot around downtown Chicago. Versions of three of the images were used for the original digital singles. I also enjoy that it sits nicely alongside my three "Strategic Planning" 2CD sets.

Email ThisBlogThis!Share to TwitterShare to FacebookShare to Pinterest
Labels: 2CD, A Form Of Consolation, ambient, analog synth, Bandcamp, double CD, drone, Mark Solotroff, minimalism, noise, Pressing Upon Us, Return To Oneself, Rush Headlong Into It, tape music, Towards The Other

Hi. Here's a quick roundup of things that are going on as the year wraps up...

Both Anatomy of Habit and BLOODYMINDED are playing Peace Simulation Vol. II, next weekend. 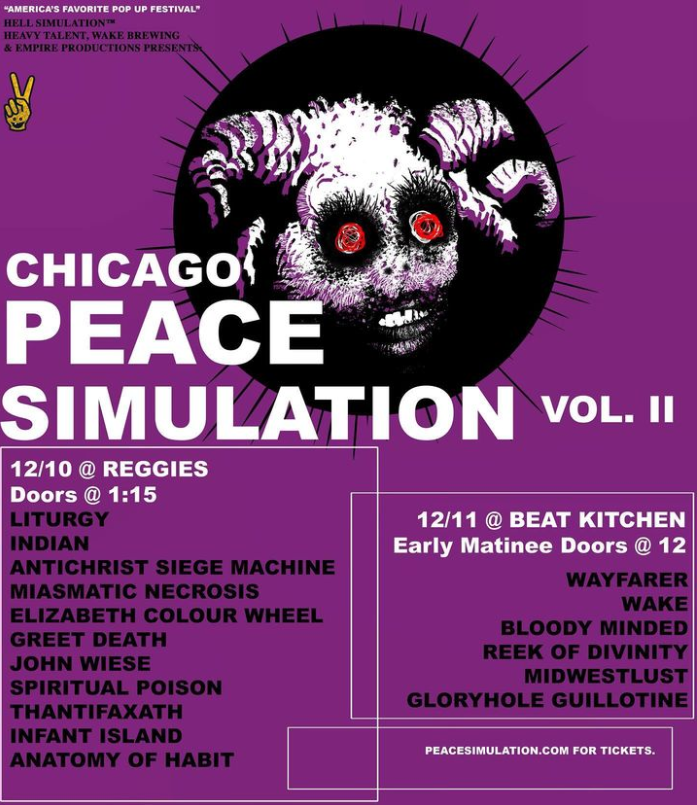 Then the following weekend, The Fortieth Day + Noise Crush are playing at Elastic (see below for more details) 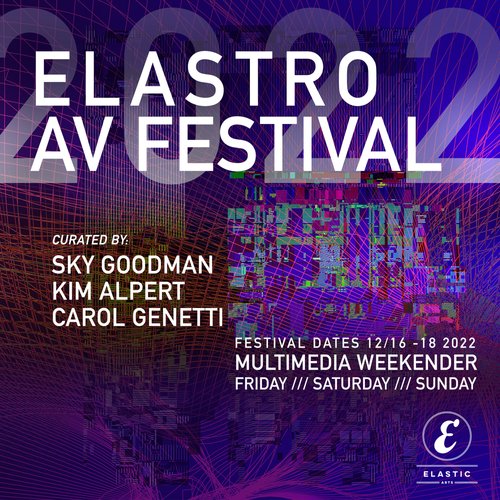 Anatomy of Habit
The release of our new album, "Black Openings," is just around the corner. Test pressings have been approved and we're just waiting for the vinyl pressing to be completed, sometime after the new year. We'll be making an announcement about the release in January. Here's a first look at the front cover. 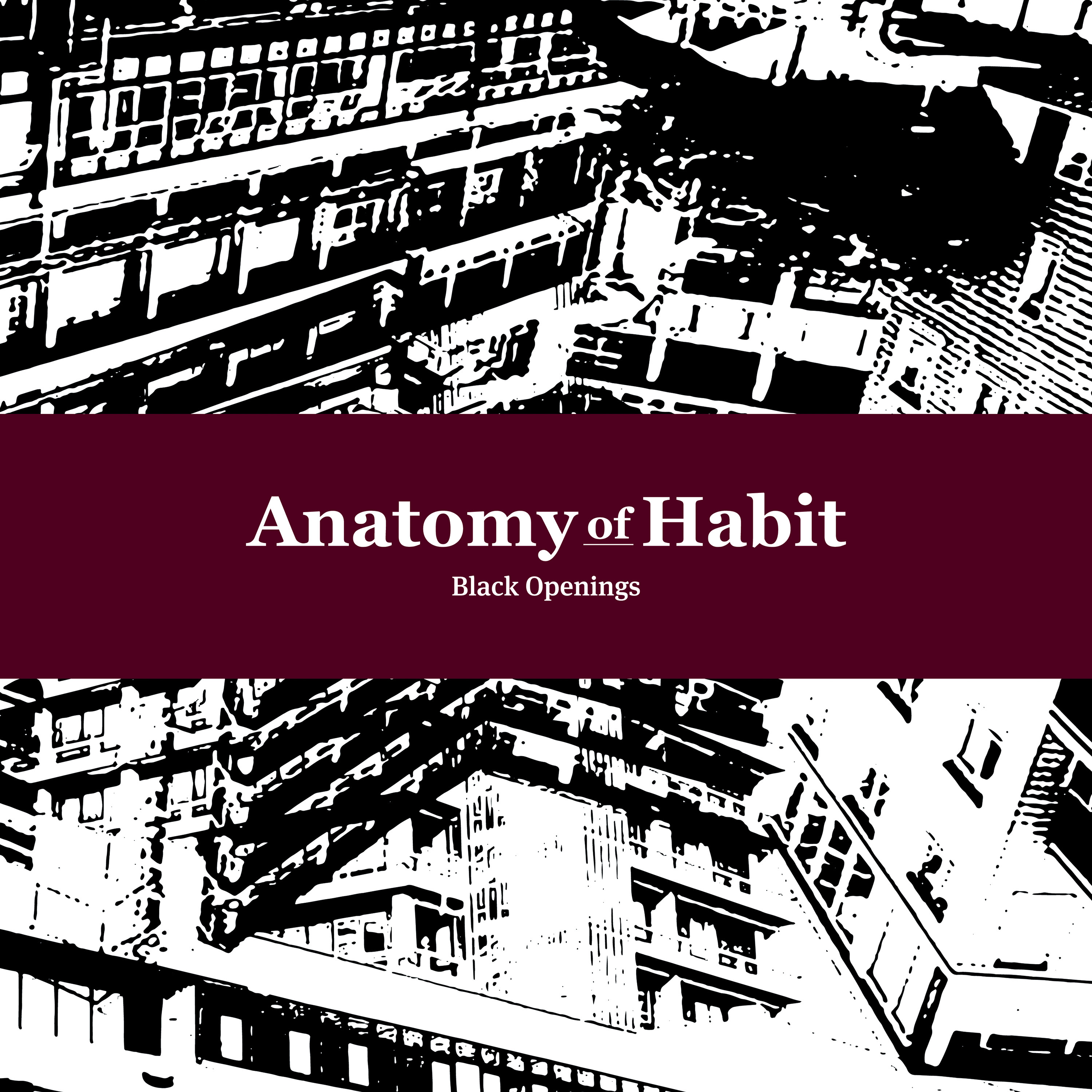 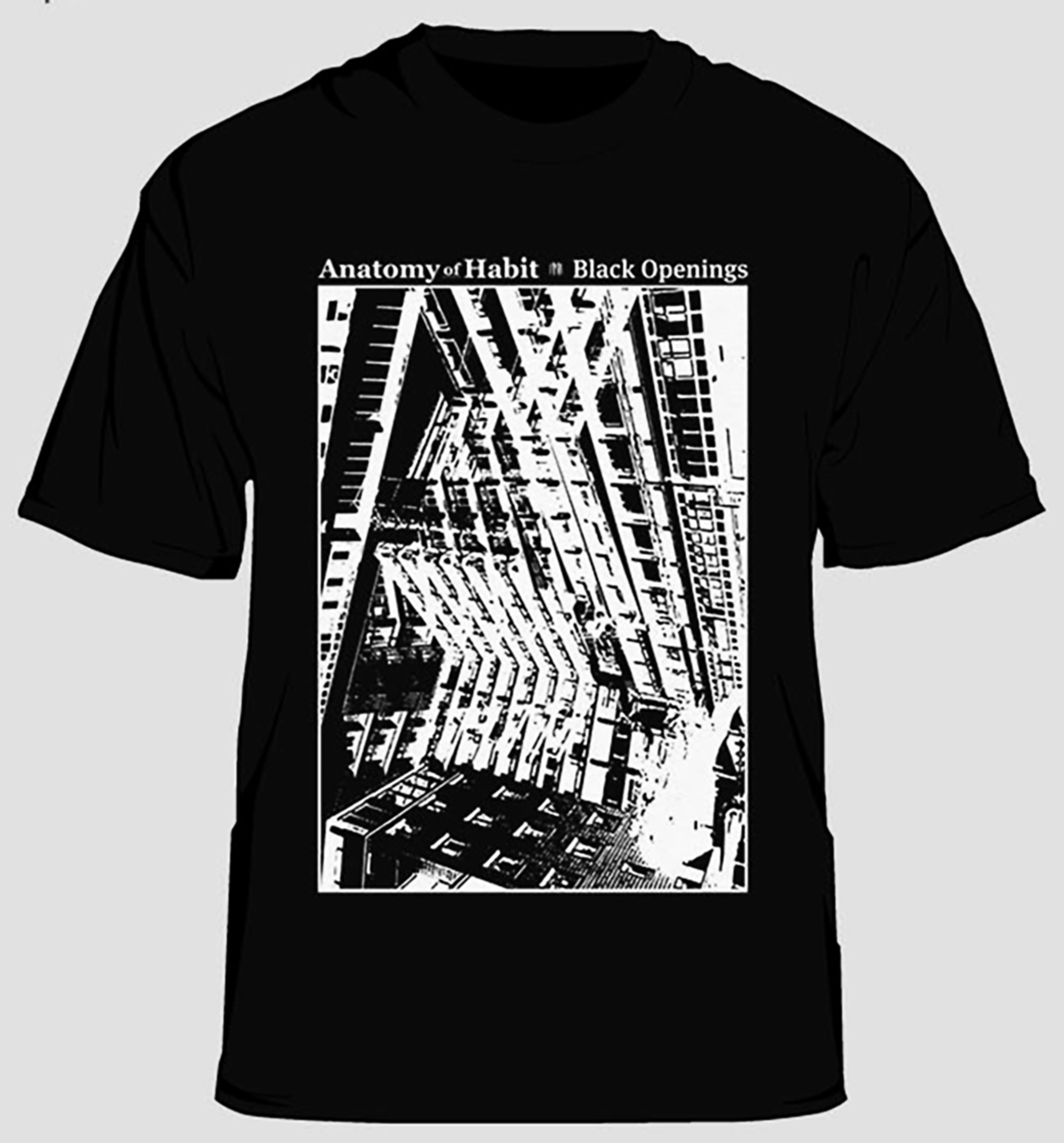 BLOODYMINDED
The recent bookings have sparked our need to get our next album wrapped up. It remains about 80% complete, with some final instrumental touches and then vocals being outstanding. Nothing new to add, but it's definitely time to get back into the studio. In the meantime, here are a few photos from our last show... 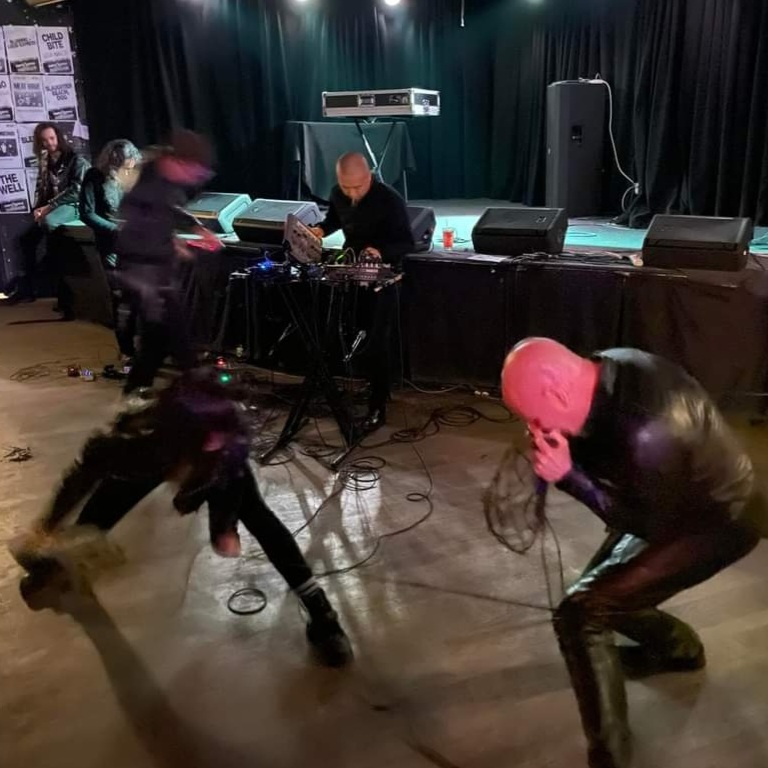 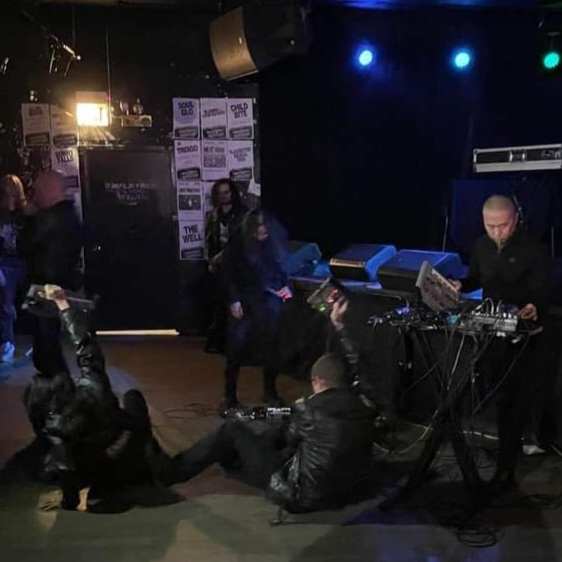 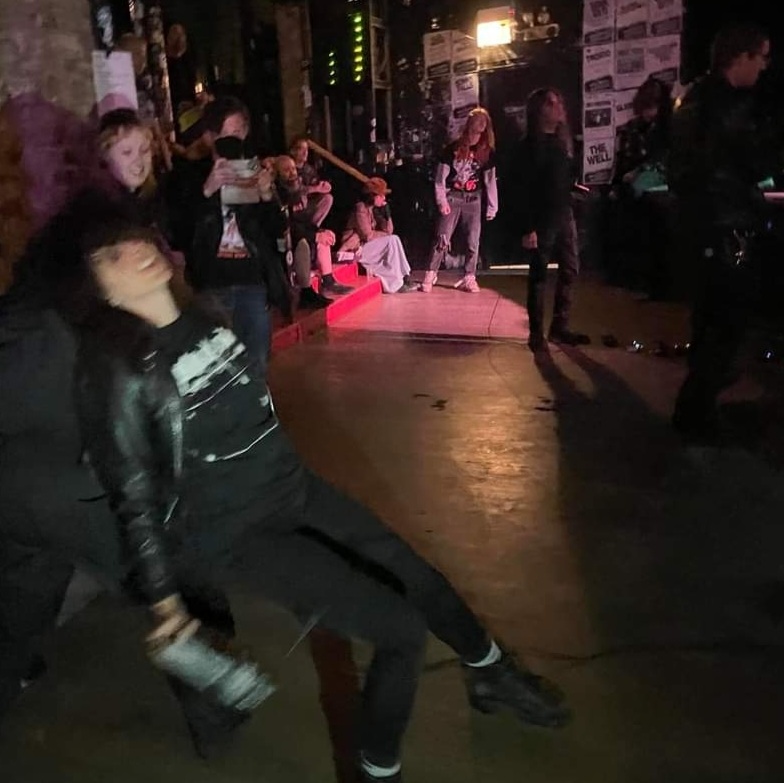 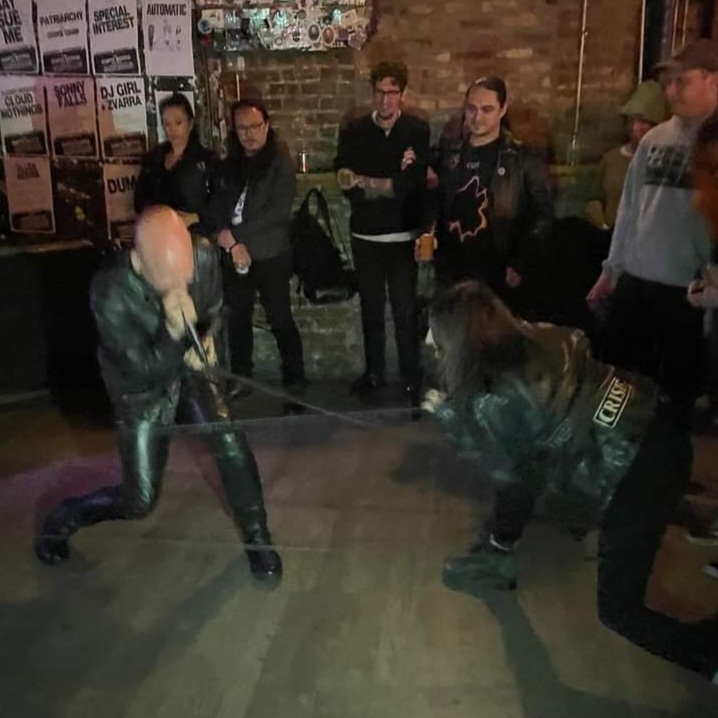 Mark Solotroff
"Return To Oneself"
While work on my next album has been moving much slower than I expected it would, I did put together a 2CD set that compiles my three digital-only singles from last winter, along with a previously unreleased 45-minute song built from recordings from the same sessions. It will be going to the pressing plant soon. Here's a sneak peek at the digipak layout. 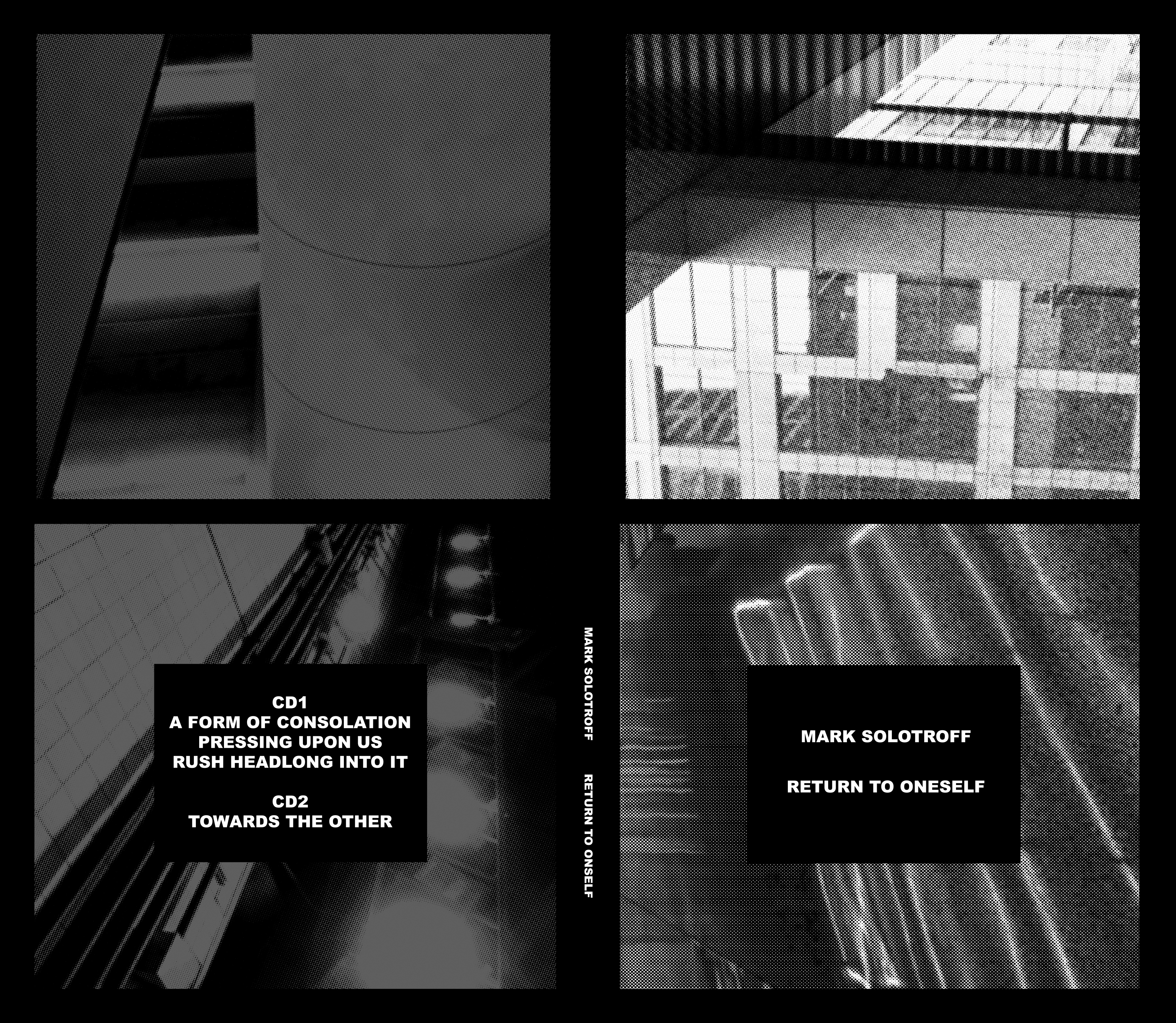 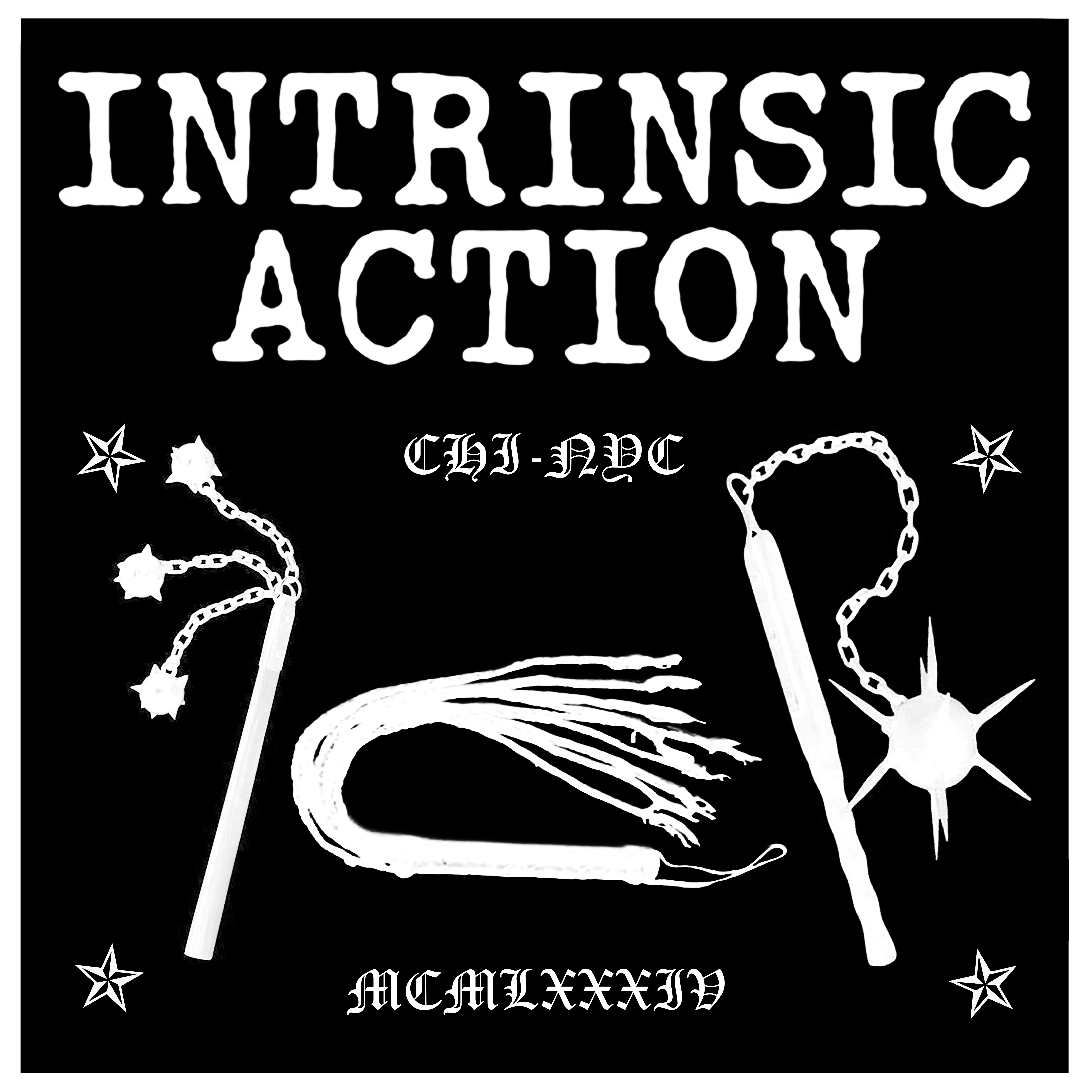 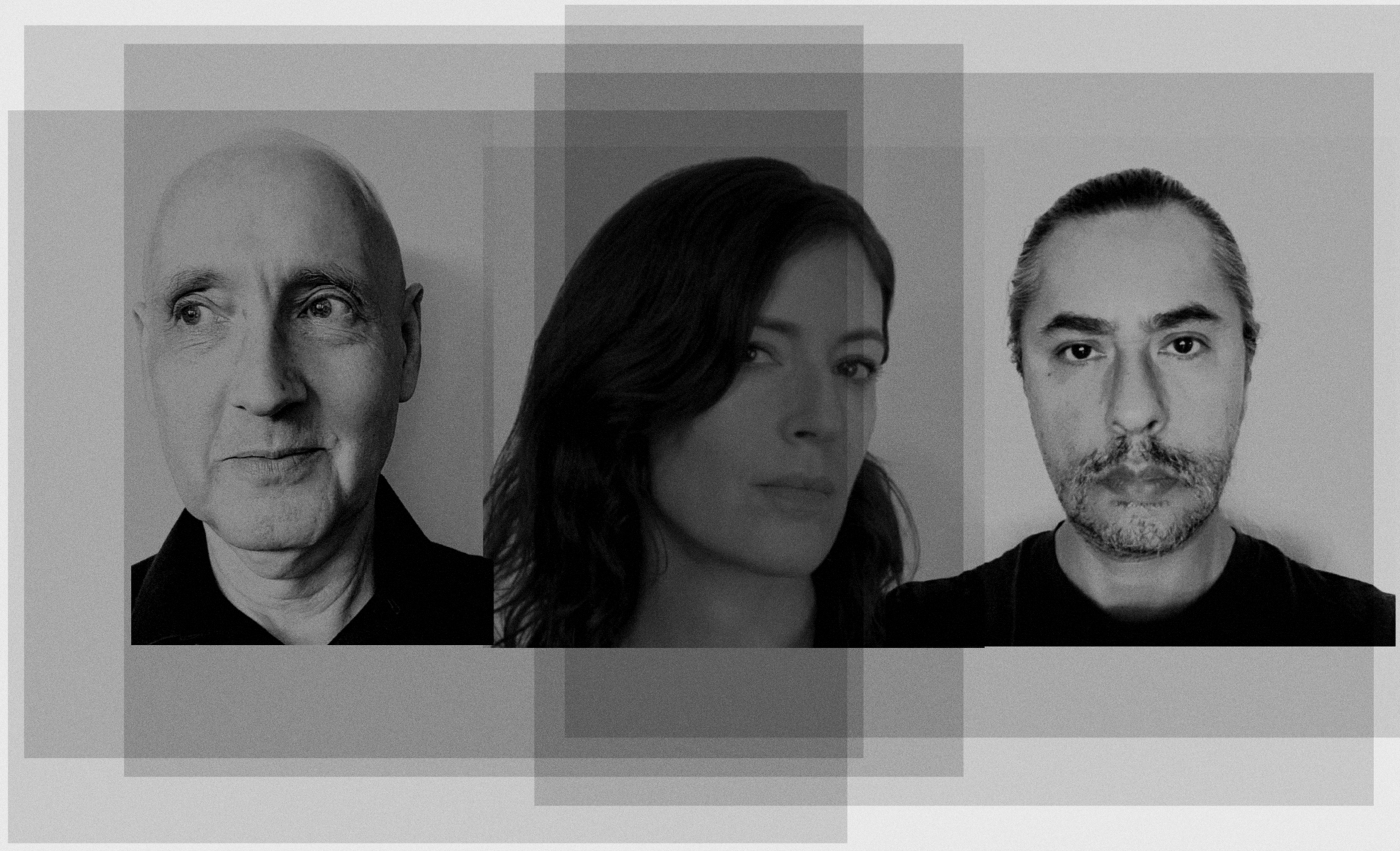 The Fortieth Day + Noise Crush will be playing on Sunday December 18, 2022, as part of the Elastro AV series at Elastic. Our thanks to Carol Genetti, for inviting us to play! More information can be found here: 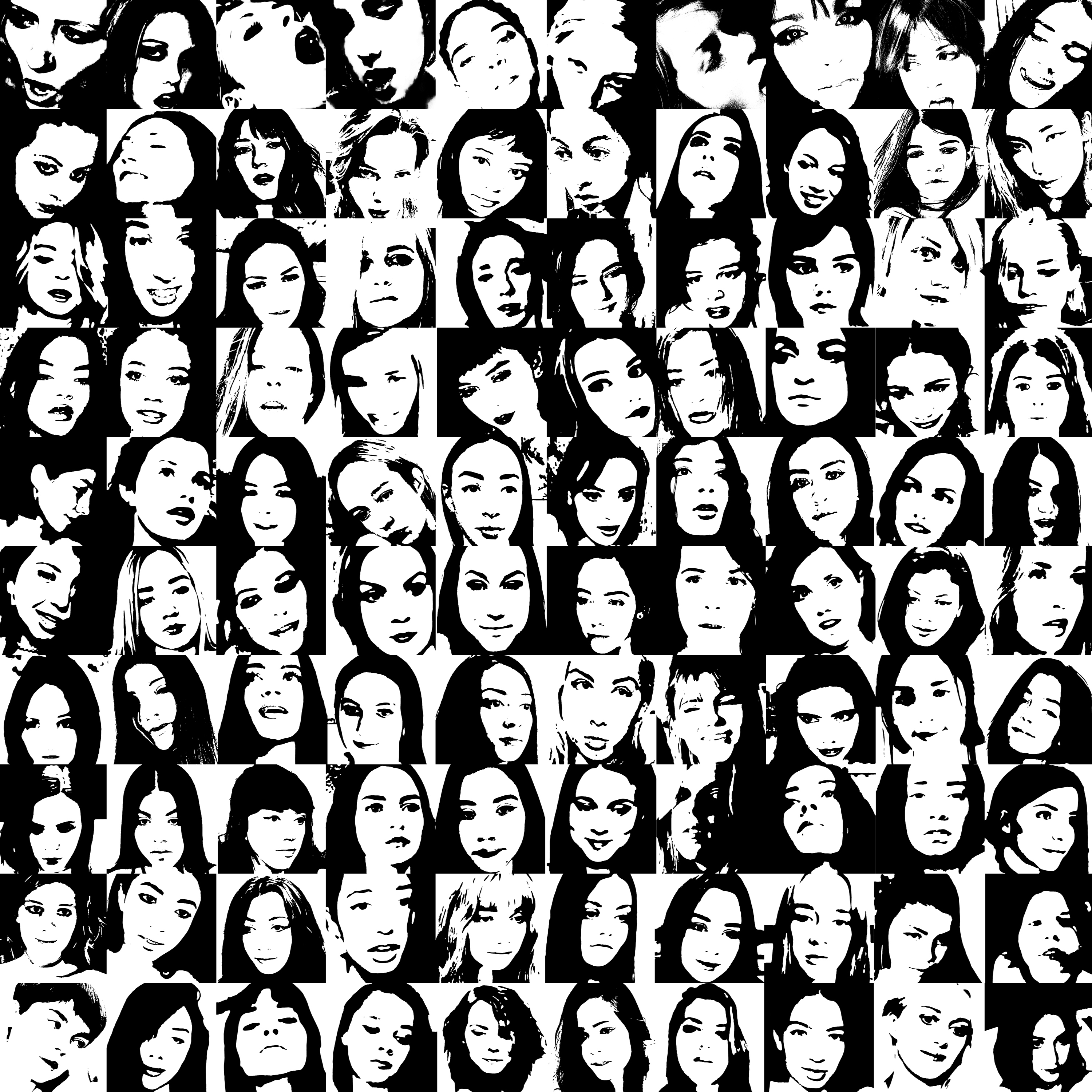 Well, I didn't expect to be announcing BLOODYMINDED shows before our next album is ready, but some cool opportunities popped up, so here we go...
First up, this coming Monday, Anatomy of Habit plays: 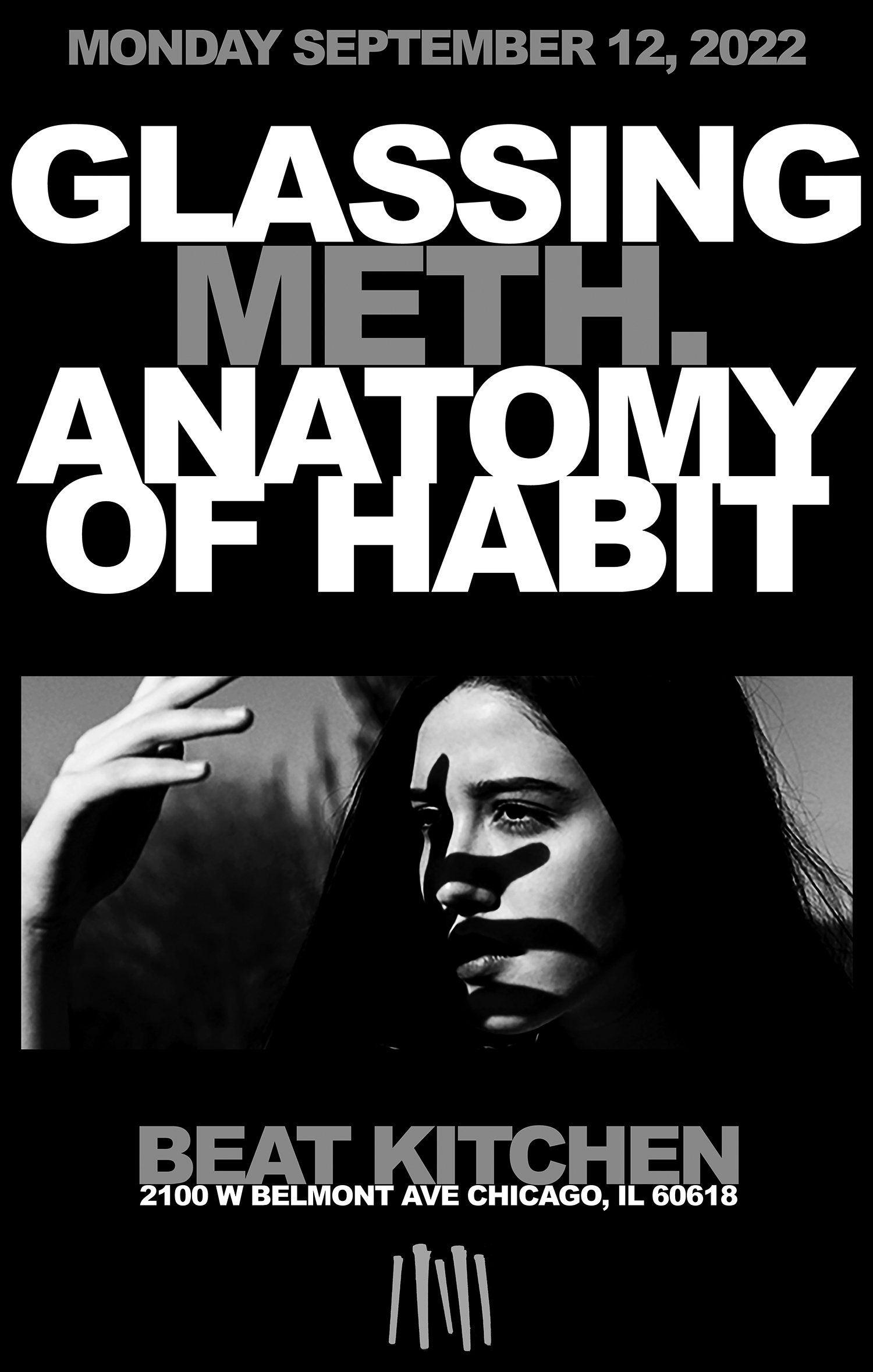 The first BLOODYMINDED show happens in about a month, in very familiar territory, and with a rather over-the-top lineup: 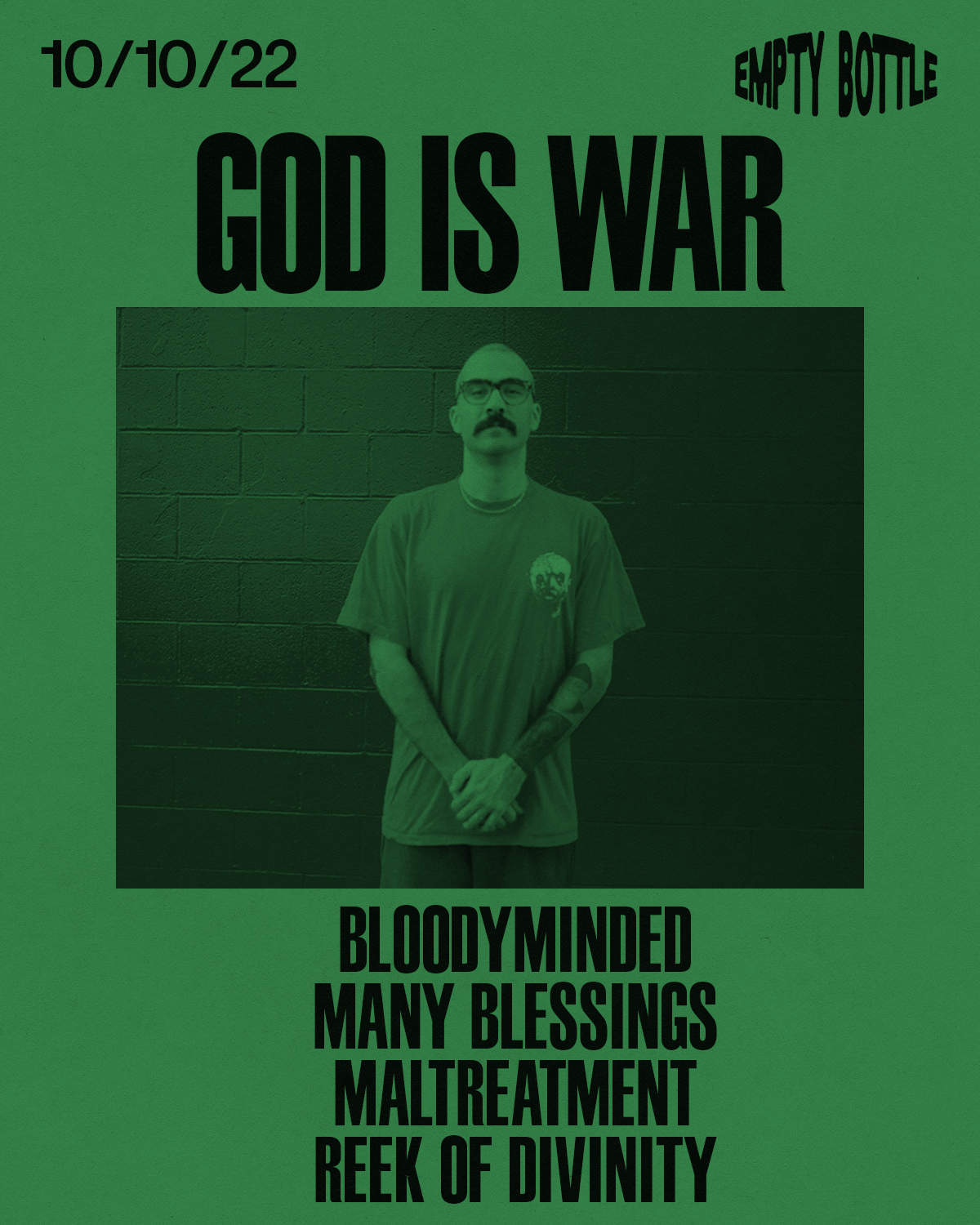 Then in December, both bands were asked to play the two-day Peace Simulation festival, and the list of artists that are participating is quite insane. I played a song with Indian last year at Reggies, so I have an idea of how this will unfold... I strongly recommend getting tickets, sooner than later, as it sold out last year. 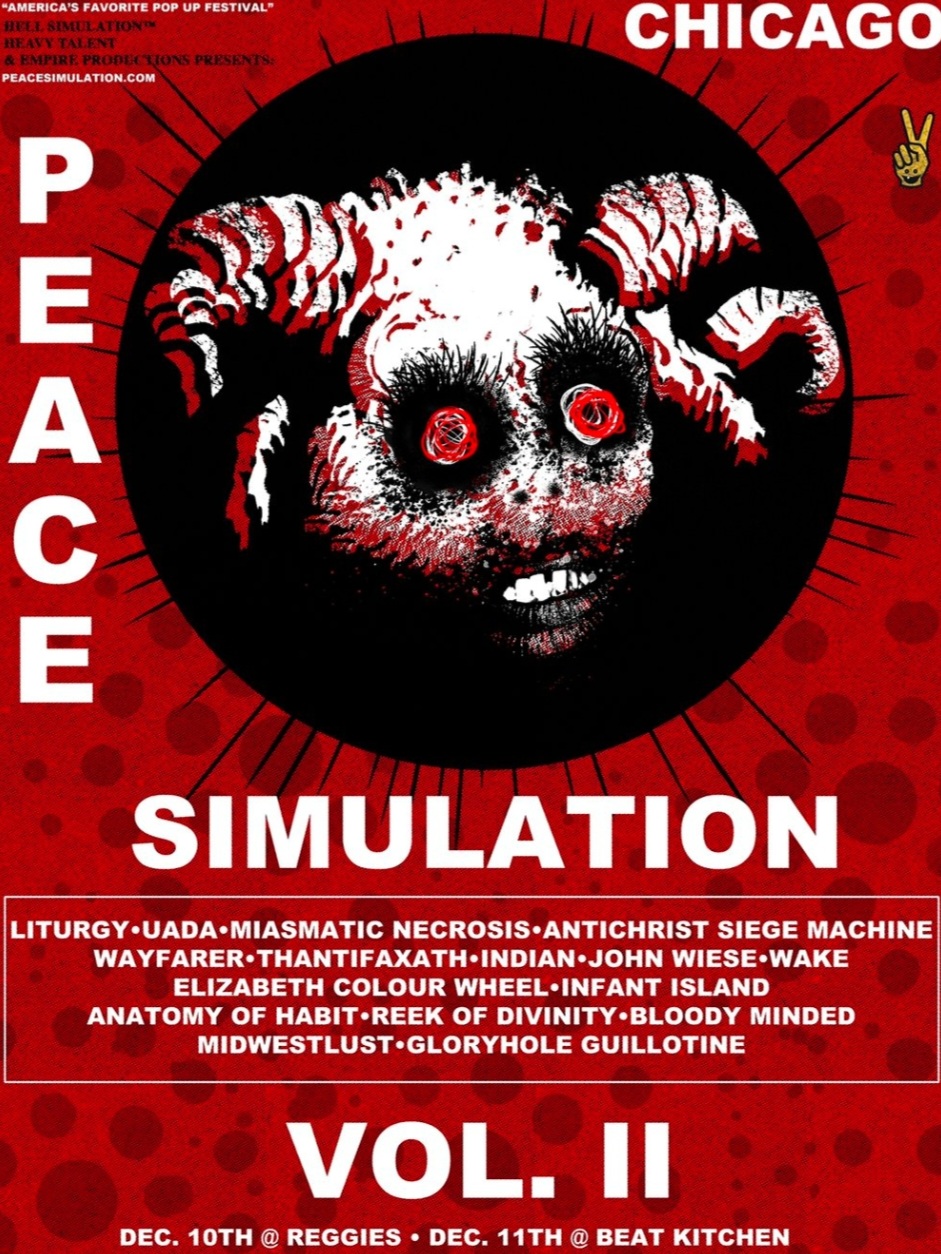 We now have enamel pins available through our Bandcamp page, as well as at upcoming shows. They are round 1.25" black and silver pins with rubber pin-backs to hold them tight. Our "five nails" logo and the outer rim are raised nickel metal and the background is painted black.
They are $10.00.
Overseas buyers: due to the the increased cost of international shipping, we'd recommend purchasing this as an add-on to a CD, cassette, or LP order, so as to only incur an additional $2.00 postage fee, as opposed to the standalone cost of an international first class package.
You can find them here: https://anatomyofhabit.bandcamp.com/merch/enamel-pin 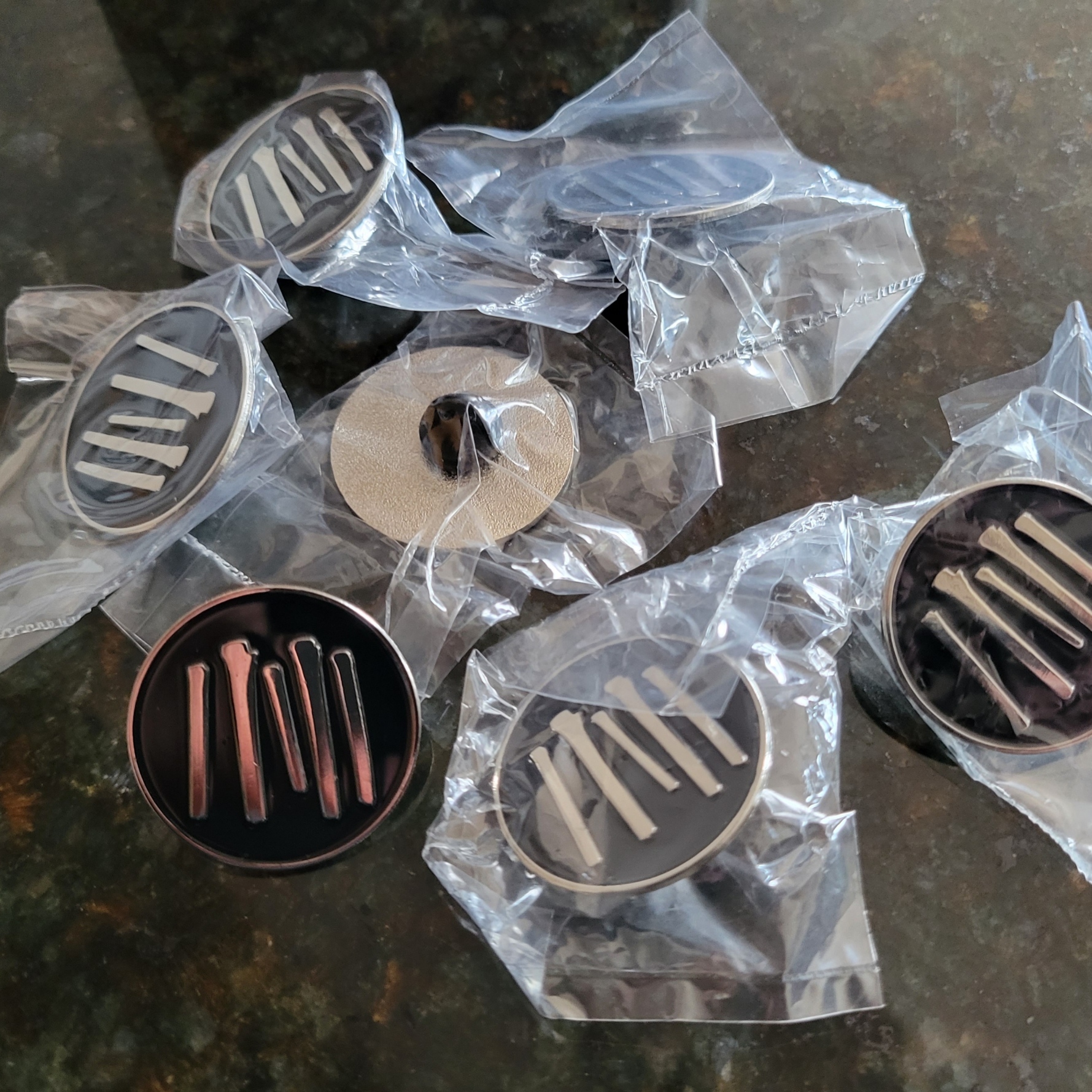 Speaking of shows, we have announced two summer shows, including our first visit to Grand Rapids, MI. 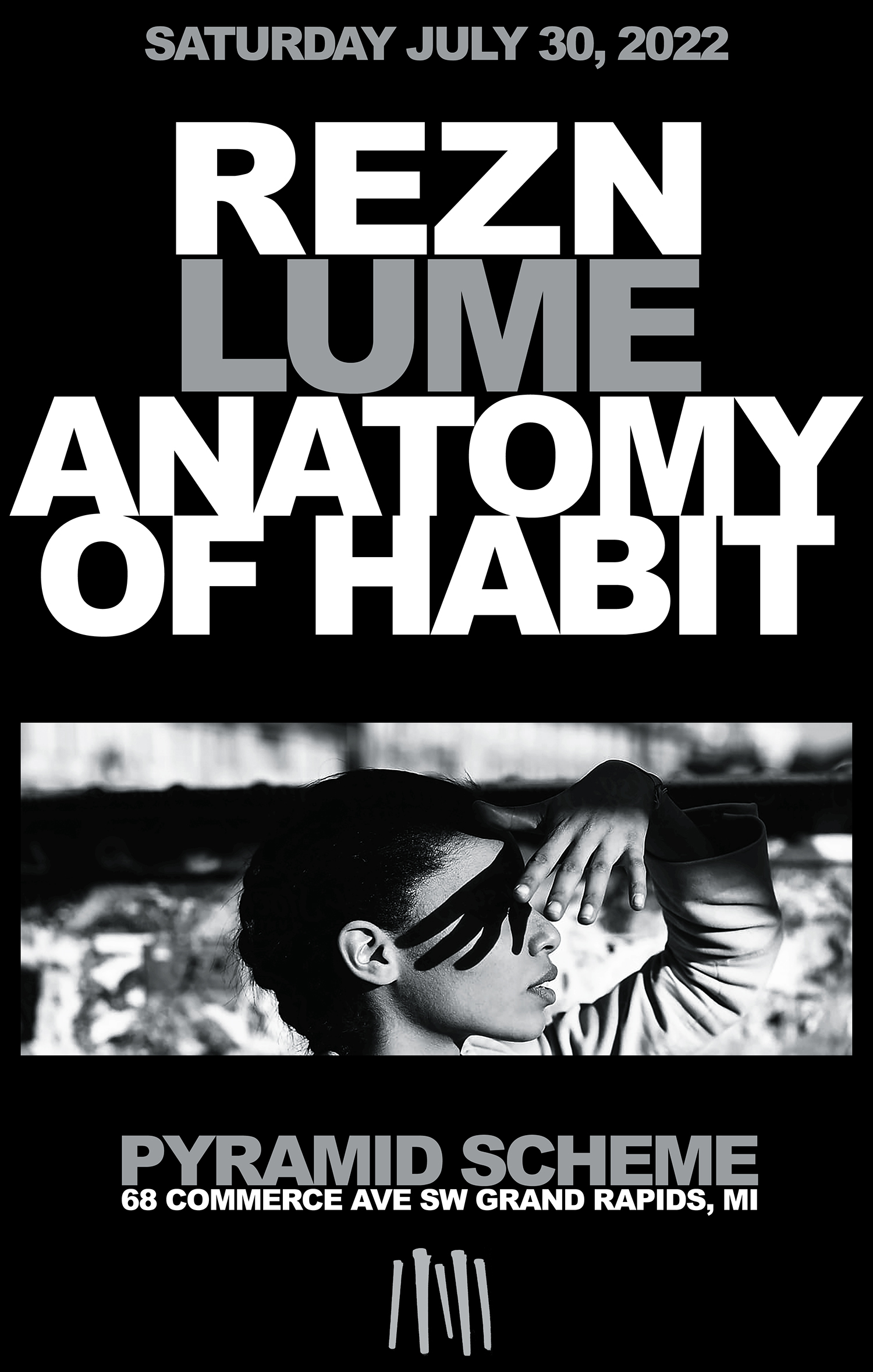 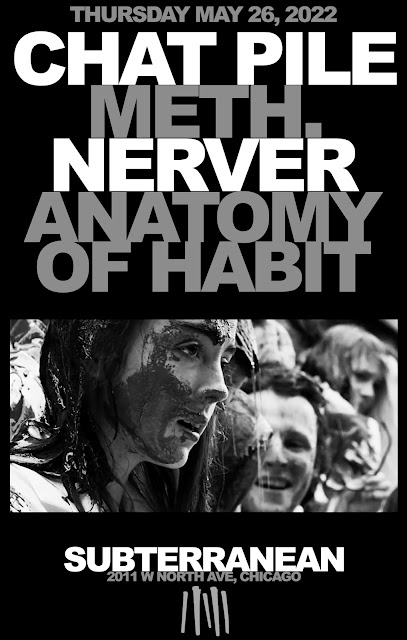 ANATOMY OF HABIT: Release Even If It Takes A Lifetime On Vinyl - Support Christian Death Tonight

Mark Solotroff "You May Be Holding Back" Book

Email ThisBlogThis!Share to TwitterShare to FacebookShare to Pinterest
Labels: Amazon, Bandcamp, Book, Mark Solotroff, Photography, Urban Planning, You May Be Holding Back